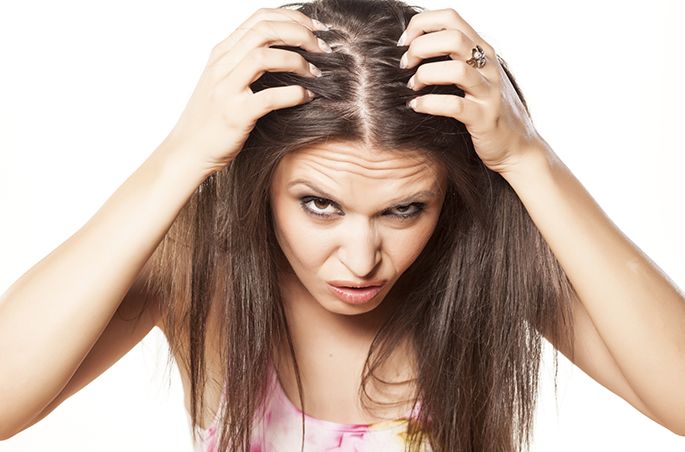 Deconstructing dandruff: Getting to the “roots” of the

How many times have you almost missed being the most debonair gent or lady in the gathering by just a few yellowish-white flakes on your Giorgio Armani suit? Embarrassing isn’t it? Well, as they say amigos knowledge is the key to winning almost half of your battles. Let’s get cracking on the myths surrounding the pretty common flaky stuff called dandruff, resulting in an irresistible urge to scratch your scalp (we suggest not going down that route though!), and of course the factors responsible for its occurrence.

Nailing the basics: What is dandruff?

For starters, it is quite prevalent in the adult world, with almost half the population reporting some form of flakiness. With the men reporting more incidences of it, it usually peaks in severity around age twenty, and the graph starts going downhill around the age of fifty. What's more? The babies have it too! In their case it is referred to as cradle cap. So it is pretty much evident that you are not alone in battling a flaky and itchy scalp.

Here we come to an important point garnering discussion. Often people tend to confuse, as well as conflate the occurrence of a dry scalp with dandruff. The two conditions may both manifest similar symptoms namely, falling flakes and an itchy scalp, albeit they harbor different connotations. In case of a dry scalp, the skin sloughs and flakes off, whereas in the case of dandruff, the cause is the prevalence of too much oil on the scalp.
A more severe form of dandruff is seborrheic dermatitis, caused by yeast like fungus called Malassezia which involves additional discomfiture such as a red, flaky, crusty, or greasy appearance on your face, eyebrows, ears, upper chest, or groin. Seborrheic dermatitis tends to run in families.

Myths revolving around dandruff: Factors which are not responsible for developing the condition

Before we make our way towards the factors responsible for causing dandruff, it seems imperative that we pin-point the factors which are not responsible for causing the same.
It's manifestation is not related to poor hygiene; albeit proper washing and brushing can help get rid of old residues and skin flakes
It is not caused by an allergic reaction
It does not harm the body though it may look embarrassing!
The condition is not contagious
. 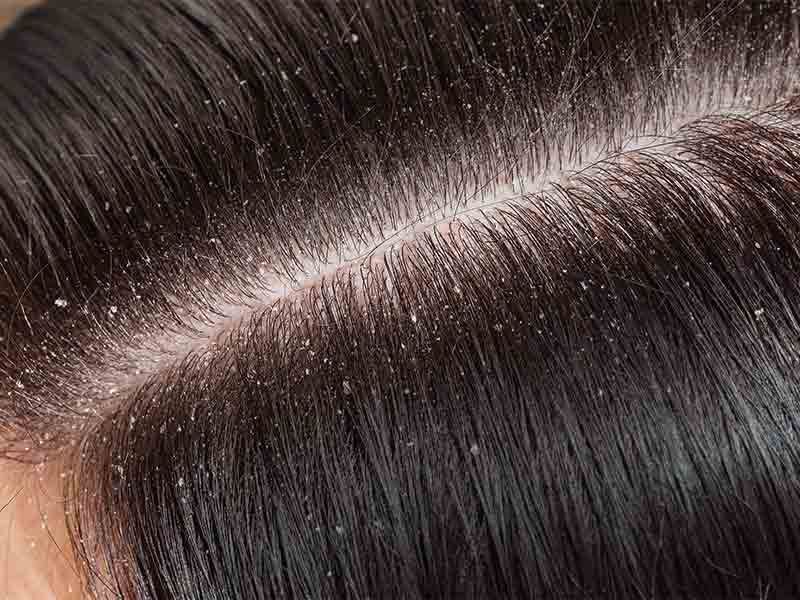 Causes of dandruff: What your itchy scalp is trying to tell you!

Get your mojo on with some grub on the factors responsible for the itchy flaky scalp and get cracking on countering those. Viola! Your battle against snowy shoulders is already half won!

Not brushing your mane enough

Regular brushing or combing of the hair reduces the risk of developing the condition as it aids in normal shedding of the dead skin and removal of buildup.

Inadequate exposure to Sun
Research says that UVA rays from the sun help in counteracting the effects of the yeast responsible for causing dandruff.

Weather conditions and resulting dryness
Have you noticed accelerated flaking in winters and a drier, itchier scalp? Well, the weather is to blame amigos. Harshly cold dry winter air combined with overheated rooms is the perfect recipe for itchy and flaking skin and scalp.

Using OTC shampoos and skin care products
If a particular shampoo brand works for your friend, the same may not work for you resulting in an aggravated and itchy scalp. Switch to organically made, personalized products by Bare Anatomy which are tailor made to suit your particular requirements.

Prevalence of particular skin conditions
Those afflicted with skin conditions such as psoriasis, eczema or scalp ringworm, tend to report higher incidences of developing dandruff.

Occurrence of medical conditions
Those with a weaker immune system, adults suffering from Parkinson’s disease, or those who have recently had a cardiac arrest or more inclined towards exhibiting symptoms of the condition in question. Studies have shown that 30-83% of people with HIV develop seborrheic dermatitis in comparison with 3-5% of general population.

Unbalanced diet
The importance of consuming a balanced diet which is rich in zinc, Vitamin B etc. cannot be reiterated enough.

Stress
More technically distress (instead of eu-stress, which keeps is motivated and is actually good!) can wreak havoc on your immune system resulting in decreased immunity towards dandruff causing yeast infections. Resort to a more chilled out lifestyle, one interspersed with yoga, frequent vacations, or walks in the nature with a loved one.

Age
The prevalence of dandruff may be lifelong however it peaks during adolescence and may recur in middle age.
Gender
Males tend to report higher incidences of developing the condition.